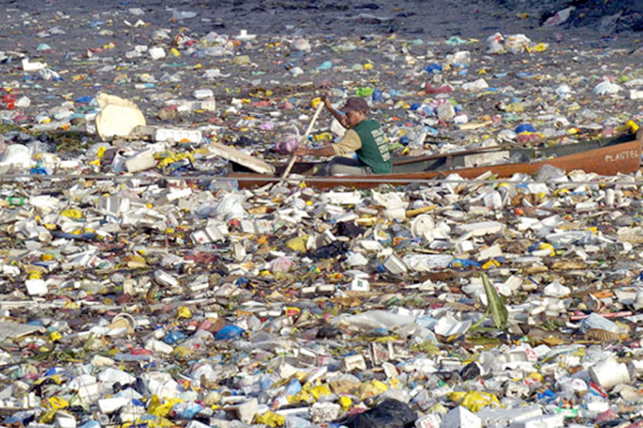 We are supporting our supplier, Greencity Wholefoods, Scotland’s largest organic wholesaler because of the growing evidence of the damage that plastic is causing the environment and human health.

It is estimated that the entire planets annual production of plastic waste is in excess of 380 million tons!

Plastic bottles are made from a petroleum product known as polyethylene terephthalate (PET), and they require huge amounts of fossil fuels to both make and transport them. In the 1970s the USA was the world’s largest exporter of oil, but now it is the largest importer. If you fill a plastic bottle with liquid so that it is 25% full, that’s roughly how much oil it took to make the bottle. For a single-use disposable item, that’s a lot!

It’s harder to recycle plastic bottles than you think. Of the mass numbers of plastic bottles consumed throughout the world, most of them are not recycled because only certain types of plastic bottles can be recycled by certain municipalities. This leaves an estimated 1.04 billion tons of non-degradable, non-renewable waste that either end up lying stagnant in landfills, leaking dangerous chemicals into the ground, or they infiltrate our streets as litter. They are found on pavements, in parks, gardens, rivers and oceans and even if you chop them into tiny pieces they still take more than a human lifetime to decompose. Let alone all the particles that are ingested by marine life, this is having a detrimental effect. Over one million sea birds and 100,000 mammals die every year from ingesting or becoming trapped in plastic waste. There is now an ‘island’ of floating plastic in the Pacific..

Recent studies have shown small particles of plastic in the human body as well as significant amounts in the water supply.

A good percentage of one use plastic bottles has BPA in its makeup, the chemical used to make the plastic hard and clear. BPA is an endocrine disruptor which has been proven to be hazardous to human health. It has been strongly linked to a host of health problems including certain types of cancer, neurological difficulties, early puberty in girls, reduced fertility in women, premature labour, and defects in newborn babies – to name a few examples. BPA enters the human body through exposure to plastics such as bottled drinks and cleaning products. It has been found in significant amounts in at-risk groups such as pregnant women’s placentas and growing fetuses. A study conducted found that 96% of women in the USA have BPA in their bodies.

PET Bottles also contain phthalates, which are commonly used to make plastics such as polyvinyl chloride (PVC) more flexible. Phthalates are also endocrine-disrupting chemicals that have been linked to a wide range of developmental and reproductive effects, including reduced sperm count, testicular abnormality and tumours, and gender development issues. The FDA in the USA does not regulate phthalates or class them as a health hazard due to the supposedly minute amounts present in plastic bottles. This decision does not take into account the significant presence of plastics in an average persons daily life, the fact that phthalate concentration increases the longer a plastic water bottle is stored, or the fact that a bottled drink that is exposed to heat such as direct sunlight in cars causes accelerated leaching of harmful plastic chemicals into the drink.

The new water bottles are from Eco Life . Here is some more background on the bottles:

This change does have a financial impact in the form of a price increase to £1.30  per bottle – we hope you appreciate our reasoning.  If you prefer, you can always bring your own reusable bottle for water to class.